First things first, carbs are NOT the enemy!!!!!

Here are some important points about carbs

Carbs are the main source of energy for the body. Once consumed they are converted to glucose in the bloodstream which produces an insulin release. Carbs then store in our muscles and liver, which we refer to as our “carb tank”. Our bodies activity levels post consumption dictate how we use this energy.

The ‘carb tank’ acts like a fuel tank for your body. If your carb tank is full then your body is primed to execute whatever type of training you are ready to do, if your tank is low then performance is not optimal, and your body will revert to using fat stores as energy. 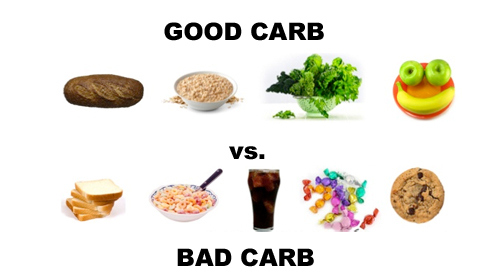 Simple – create an insulin spike in your system that will quickly cause a crash in energy as well as being low in fibre and nutrients e.g. white bread, sugar, white rice, candy, cookies, chips

How Carbs work regarding fat loss

As I mentioned above, think of carbs like gasoline and your body as the car, only difference being you want that gas tank to be empty by the time you pull into your driveway at the end of the day, so its about having gas in the tank when you are about to training or do any strenuous activity, conversely you want to keep just enough in the tank to keep you going while you are sedentary, say at work or you are just not up to much.